A romantic comedy with serious altitude.

Adrienne LeBlanc has just earned her wings as an international flight attendant, starting in economy class. She’s ready to put demanding passengers firmly in their place and to confidently handle crises such as running out of the chicken option in the main cabin. ⁠ ⁠

As luck would have it, she is rostered on a flight to Rome for her second international flight, piloted by none other than the legendary Captain Johnson. Their attraction is instant and mutual, but throw in a lady-killer first officer and a captain reluctant to get involved with a member of his crew, and you have a perfect recipe for some turbulence.

⁠ ⁠ In the Air is a light-hearted romantic comedy about the life of an airline pilot and a flight attendant whose paths were always meant to cross. Can they refrain from crossing professional lines, or was a steamy romance always written in their skies? ⁠ 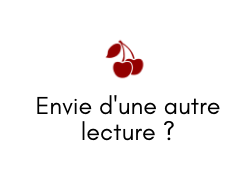